Samoa’s Ministry of Women, Community and Social Development, together with UN Women – United Nations Entity for Gender Equality and the Empowerment of Women – MWCSD took action to empower women and girls to take a firm stance against domestic violence 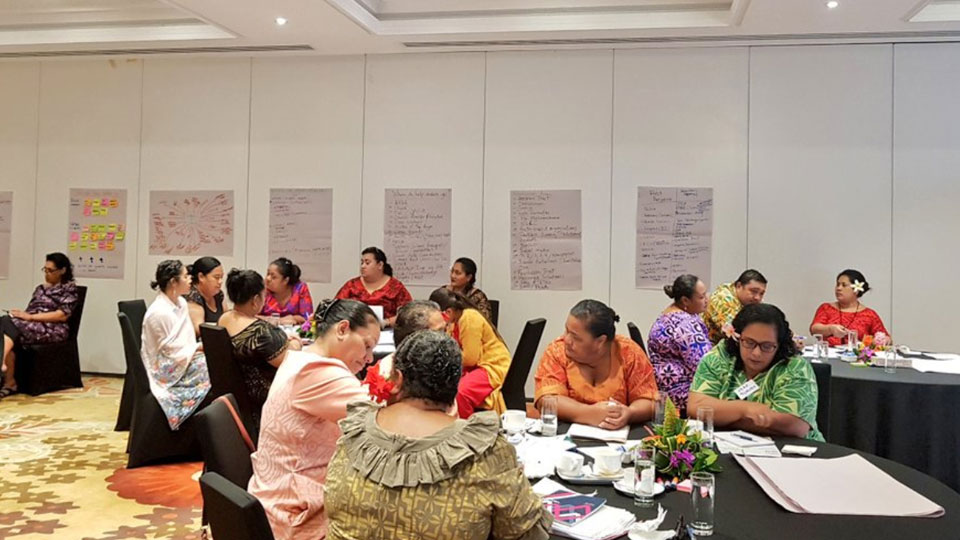 It was part of a two-day workshop organised by the ministry in April, together with the support of the United Nations women’s programme.

MWCSD CEO Louisa Apelu says while there’s evidence domestic violence is growing, families are stepping up to combat it.

“The critical part is that they’re not just talking about it, but taking action by working to change mind-sets and behaviour,” she says.

“That’s when we can say, ‘These are real results’ and that coming together as a collective force is the most proactive way to tackle domestic violence.

“We have to take a cue from our very own Prime Minister (Tuilaepa Aiono Sailele Malielegaoi), who has asked all of us to be involved.”

Reporting states 80% of women in Samoa experience some level of violence, whether it’s verbal, physical or emotional abuse. But Louisa says the presence of the UN Women and hosting the workshops have provided a boost to those working towards ending domestic violence.

MWCSD began in Samoa in 1992 and Louisa pays tribute to the founders.

“We had people from the National Council of Women and small service providers who came on board,” she says.

“They were the ones back in the day to get the government to work with them to tackle the problem.”

Papalii Suisala M.Maualaivao the UN Women Country Coordinator now based in Samoa, says coming together as a collective force is the most proactive way to tackle domestic violence.

“We’re all complicit if we do not act or get involved. We’re excited as a UN agency that we can provide support to our ministries and NGOs to guarantee that we’re collectively working together.”