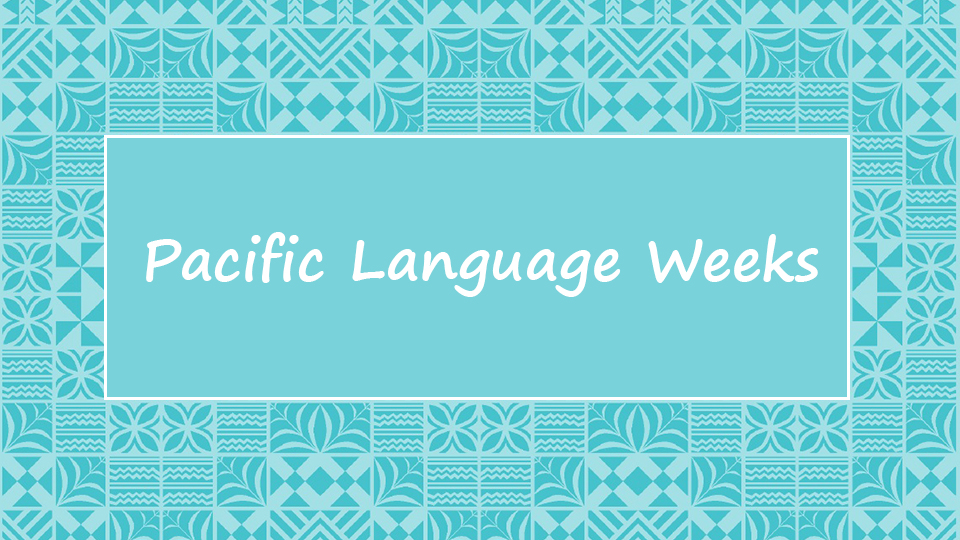 Pacific languages, cultures and identity are essential to the health, wellbeing and lifetime success of our Pacific peoples and their communities in Aotearoa. According to the Minister for Pacific Peoples, Aupito William Sio, “the strength and resilience of Pacific Aotearoa is not only vital to their own prosperity but integral to the prosperity of all New Zealanders, and is particularly important in helping Pacific people during our economic recovery and rebuilding efforts,” he says.

“Language is one of the key elements in the definition of our overall Pacific Wellbeing. It is fundamental to providing Pacific peoples with an anchor to their identity, confidence and safety as we navigate our way through the economic challenges ahead, post the COVID-19 pandemic,” adds Minister Sio.

“I’m also a believer that the knowledge of our ancestors’ past experiences and their stories of resiliency will empower present generations to reach their fullest potential through these dynamic times.”

According to comparisons from Census 2013 to Census 2018, the proportion of speakers of Pacific languages has declined across the board. For some languages, such as those of the realm countries (The Cook Islands, Niue and Tokelau) and small island groups, the decline is even more significant.

“This loss of language is the loss of history, disconnecting our past from our present. It is a loss of self-identity and strength that not only hinders Pacific peoples’ deep connection with their heritage, but it also limits the cultural diversity and strength of New Zealand and effects the growth of the Pacific economy of Aotearoa,” Minister Sio adds.

The 2019 Wellbeing Budget recognised and responded to this issue, providing $20 million over four years toward the support of Pacific languages and cultures, funding a range of initiatives critical to reversing the decline in the uptake and use of Pacific languages.

“The success of our efforts to ensure the future growth of Pacific languages throughout New Zealand will depend on the strength and depth of partnerships between our Pacific communities and the Ministry for Pacific Peoples, with our communities leading that partnership.

“It was our communities that identified Pacific languages as the key to their wellbeing. By supporting the languages of our Pacific peoples, we enable them to lead more confident, more resilient, prosperous lives, enriching all of Aotearoa New Zealand,” says Minister Sio.

The Provider Languages fund will be administered through the Ministry for Pacific Peoples and applications are now being accepted. Applications will close on Monday 14 September 2020.

Further information about the Provider Languages Fund and how to apply can be found at the Ministry for Pacific Peoples website(external link).

The remaining Pacific Language Weeks for 2020 consist of: