Facing the issues head on

Sitting all alone on a swing at 1am in the morning at Naenae Park in Lower Hutt wouldn’t be regarded as the safest place to be. Tusha Penny, then a local police sergeant, says not even the local so-called tough guys would venture into the park at that time of night. 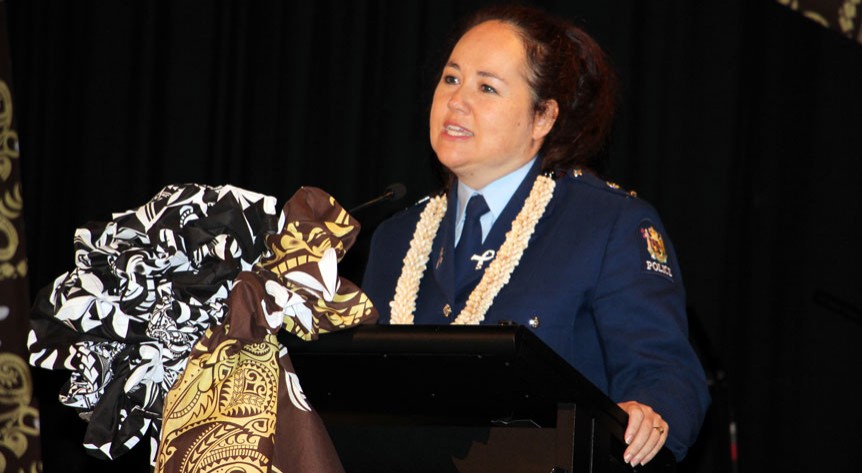 So when she spotted a 10-year-old boy on the swing (after calls from concerned locals) and asked him why he was there all alone in the dark, the boy replied …

“Because I feel safer here.”

Tusha, a young mother at the time, wondered what on earth his home environment was like. It didn’t take long to find out.

“When I did a check on the address, information about the years of family violence that occurred at the place and the other government agencies that had known about the family showed up,” she said.

“I cannot tell you the amount of times that I’ve stood in hospitals, holding the hands of young mothers who would say to me, ‘I just wish it was over … I just wish he’d done it this time’.

“What goes on in those homes, when mothers no longer have the fight in them to stay around to look after their own children?”

Now a police superintendent and Police National Manager of Child Protection and Sexual Violence, Tusha Penny provides some sobering statistics on family violence for all of New Zealand, not only the Pacific population. They include:

Tusha is proud to be Maori, of Ngati Porou descent, and enjoys working with Pacific communities.

She speaks fondly of the year she spent in Tonga setting up its family violence unit.

For Tusha it’s about people, families and communities owning up to the problem … then fixing the problems with them.

She describes the timing of the Ministerial work programme to address family violence and sexual violence and the government’s ongoing commitment to work with Pacific communities and organisations as “a perfect storm”.

“We’ve always had great, motivated people in the community, but now we’ve got the right structures in place and high level commitment from government,” she says.

“You don’t do things to people, you do it with people. If we can fix a home, we can fix a community … absolutely. And if we all invest in our community, be honest, bold and face the issues so we can address them, we are unstoppable.”