Home / Stories / United in protecting women of the world

United in protecting women of the world

Presenting at the United Nations in New York Conference on The Prevention of Violence Against Women in 2013 was an honour in itself for Porirua’s Fa’aolataga Leasi. What made it more rewarding was coming away from it knowing it wasn’t ‘just another talkfest’. 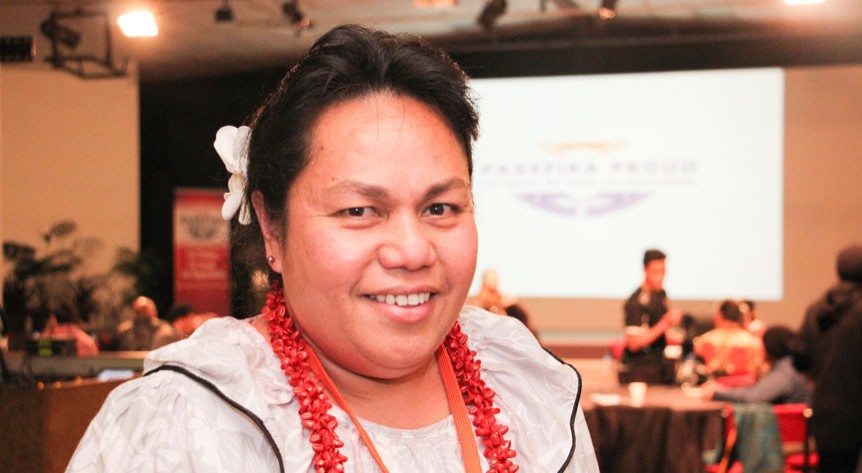 In 2011 the United Nations stated that ending violence against women was a top priority, as it launched UN Women.

The UN stated that, “It is time for action when up to 70% of women in some countries face physical and/or sexual violence in their lifetime; when one in three girls in developing countries is likely to be married as a child bride; when some 140 million girls and women have suffered female genital mutilation; when millions of women and girls are trafficked in modern-day slavery; and when women’s bodies are a battleground and rape is used as a tactic of war – it is time for action.”

Representing the Presbyterian Church in New Zealand, Fa’aolataga describes it as an experience that would be hard to surpass.

“Presenting to women from all over the world, not just from New Zealand and our region, but from Africa, Asia, the Middle East, Europe and America, was amazing.”

What also surprised her was the perspective it provided comparing the levels of violence against women within her own community to those around the world.

“In New Zealand, we know Pacific people are over-represented in violence statistics compared to the overall population,” she says.

“But the stories I heard about women suffering in all these other countries made me realise how fortunate we are.”

Born and raised on the island of Savaii in Samoa, Fa’aolataga attended Samoa College and earned a scholarship that enabled her to attend Nga Tapuwae College in Mangere.

She had a calling to pursue academic studies, first gaining a Diploma in Pasifika ECE and furthering it with a Masters from Massey University.

Her qualifications relate to her passion to overcome the obstacles to improve the literacy levels of Pacific children, which she says are needed now more than ever.

Married to Rev Perema Leasi from the Presbyterian Church in Driver Crescent, Porirua, Fa’aolataga says, as a couple, they are as committed as ever to do what they can to reduce family violence within their community.

“We choose not to sweep family violence or violence against girls and women under the carpet and pretend it doesn’t exist,” she says.

“We have resources to work with and we try to make the most of them.”