It is part of our cultures to take care of and treasure our matua (elders). But as many as one in 10 elderly people in New Zealand experience some kind of elder abuse. Malia Hamani from TOA - Treasure Older Adults - Pacific reveals how to prevent elder abuse and neglect by sharing the no-blame approach its Pacific workers adopt. The approach ensures the safety and care of our older adults, their carers, and the wider aiga (family) which leads to healthy environments for strong Pacific families 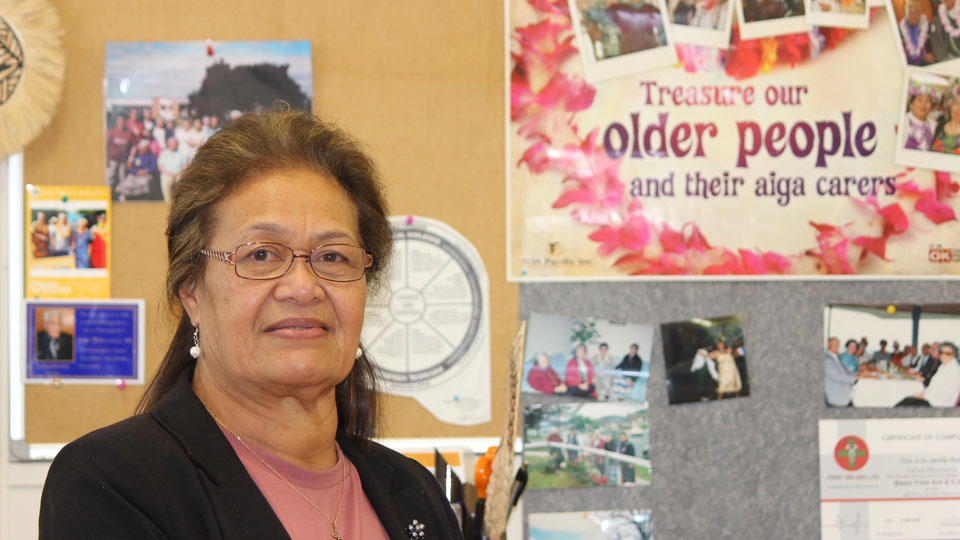 “Older people are proud and want to protect their family, but there’s a feeling that if they access home support services, it may mean their family doesn’t care for or love them enough.”

It’s the conclusion TOA Pacific’s CEO Malia Hamani came to during a study she conducted in the mid-1990s when she was a staff member of Methodist Mission.

While there, Malia was tasked with finding out about the health disposition of our elderly.

Her involvement in the profession began all the way from secondary school teaching in the Kingdom, before moving to New Zealand in 1972.  But Malia noted few positions allowed her compassion to shine through, as much as working with the elderly in our communities.

It led her to forming TOA Pacific in 2002, an incorporated Society/non-profit organisation that empowers Pacific elders to be independent, to participate and therefore contribute to the community.

The service also works to combat family violence and actively supports Aiga carers and the development of the Family/Whanau/Aiga Carers Strategy.

“We inform our older people of their rights and the importance of maintaining their health, wellbeing and independence,” she says.

“There are three main things; if they’re happy, they’re healthy and they’re safe.”

While she’s reluctant to give too much detail about the many cases she has worked on, or which have been referred to their service, Malia details some of her experiences with working not only with the elderly, but their carers and the wider family unit.

“We’re conscious that because the population is so small and our communities so close, I could be telling a story publicly that any family can then think it’s them … even if it isn’t about them,” says Malia.

“When families lose faith in that service, then it’s not good for our elderly, and that’s a catch when it comes to reporting stories.”

The number of people aged 65 and over in New Zealand is expected to almost double to 1.2 million by 2035, along with a 130% increase in people aged 80 and over. Elder abuse is a growing concern as the population continues to age in New Zealand, although the issue is still largely unreported.

“We know the majority of elder abuse by far is by family members or someone known to the older person,” she says.

“But it’s more often emotional and financial, rather than physical,” she says.

Elder abuse is not specific to any one gender, religion, ethnicity, or income group.  It may happen in residential care, or in hospitals and even at home.

When asked for examples, Malia says there are cases where the elderly have had their benefit payments misused, have let in family who impose on their space for too long, or keep them babysitting to the point of exhaustion.

“You know relatives come and ask to stay. They then gradually impose themselves, deliberately or not, to a point where the elders are ma (embarrassed) to tell you to go.

“When it makes them unhappy, it’s already an abuse of some description, even if they don’t want to say,” says Malia adding that it can result from cases where the older person is still mentally capable.

Where an older person is no longer mentally capable or is bedridden, neglect often comes into play.

Many Pasifika households are intergenerational.  Often we have at least three to four generations, from grandparents, parents and children to great-grandchildren, all living together, caring for each other.

It’s a beautiful part of Pasefika cultures in many cases and it’s important, says Malia. She was a member of the core group that developed Fofola e fala kae talanoa e kainga, the Pasefika Proud Nga Vaka Tongan Conceptual Framework for the prevention of and intervention in family violence in New Zealand.

She advocates checking in with our elders and their carers in a way that doesn’t put any blame or suspicion on those most vulnerable.

Malia’s qualified and registered social workers approach every referral, whether it be from police, lawyers, doctors or self-referral, with a no-blame mind-set.

“You need to accept that anything is possible. It is possible the carer has an explanation or has a stress issue,” she says.

“It’s about supporting the carer, too, while you find out what this referral is about, because anything could be their reality. If you go with a mind-set to blame, the carer can just shut the door on you.  That means you can’t help the carer and you can’t help the older person.”

In her lengthy career, Malia has seen many cases and conversed with many elders in her time. Priority for her endeavour is to ensure those she cares for, have benefitted from her visit.

“We make sure we don’t leave anybody unserved,” she says with determination and conviction.

“The desired outcome has always been in the best interests of the most vulnerable: the older person and the next most vulnerable, the carer.  We make sure of that.”

Pasefika Proud is a Pacific response to focus on community-led solutions that harnesses the transformative power of traditional Pacific cultural values and frameworks to encourage violence-free, respectful relationships that support Pacific peoples to thrive and to build strong resilient families. Because it’s Our Families, Our People, Our Responsibility. 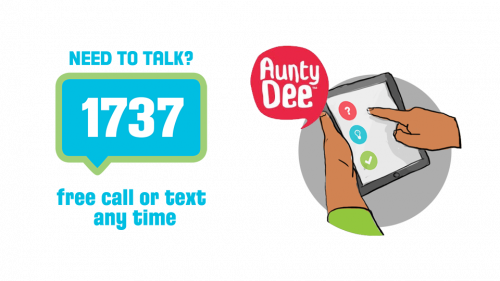