When Rotuman Tristan Petueli started photography using his mobile phone, friends and family provided positive feedback, suggesting he had the talent to take it further. As a student studying screen productions at Yoobee Design College in Auckland, Tristan is following his passion by promoting his culture at this year’s Rotuma Language Week. 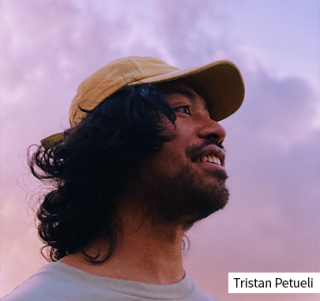 Born and raised in Fiji's main island of Viti Levu, Tristan Petueli feels privileged to have lived in homes where everybody spoke the language.

“We were always active with the church, cultural events, dancing and performances,” he recalls.

“My family could all sing and dance and were reasonably fluent in our Rotuma language, thanks mainly to our parents, Akata and Solomone Petueli. Whenever I speak in front of friends who can also speak in multiple languages, they’ll listen intently and say that they’ve never heard such sounds like it. I’ve discovered that the best way to learn the language is through music and the Rotuman bible.”

Tristan is adamant that the Pacific Language Weeks hosted by the Ministry for Pacific Peoples are essential to their respective communities.

“A few years back, our Rotuman language was classified as being endangered,” he recalls.

“But today, I see that we can be the light to our smaller Pacific communities and the nations we’ve come from. It’s important because, realistically, New Zealand is the only nation within our region that can provide a beacon for such communities in this part of the world. It’s an honour to be performing in Wellington to launch Rotuman Language Week for the first time. Our family of four, consisting of my parents, myself and my sister, each play a part, with my Mum singing alto, I sing tenor, my Dad sings bass and my sister sings soprano, which makes us the ideal family quartet.”

Captions:
1. This is my sister and me prior to our youth tautoga(Rotuman traditional dance) performance at our local church in Fiji. The garlands we are wearing are called tefui/fui. Women have one fui whereas men wear 7 Fui’s which represent the 7 districts.
2. My first time as a purotu. Purotu is the person who composes and choreographs the entire tautoga. This was a recent performance at the Pasifika Festival in Auckland, 2021.
3. Performing with Rako Pasefika at the ‘Island Night’ after the Rotuma day celebrations in 2019.
________________

When asked about Pasefika Proud, Tristan is a strong supporter.

“I strongly believe in Pasefika Proud as a social change movement to help stop violence within our families in our communities. I know we tend to hide or brush difficult conversations under the rug creating a toxic environment. It doesn't have to be that way. I believe in change and change for the betterment of our people.”

Rako concert held in Fiji at the Civic Centre. 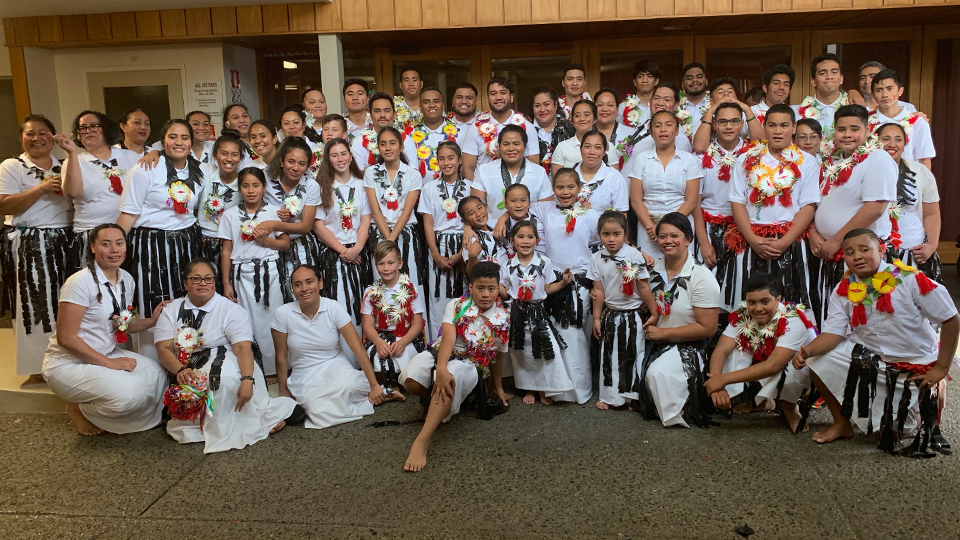 Rotuma Day celebrations 2019 with the NZRF group here in Auckland.

Before Christianity arrived in Rotuma via Europeans, it was named Granville Island owing to its natural beauty, clear sea and sandy shores, the richness and greenery of its land and the friendliness of its people. Prior to Christianity, Rotumans were worshippers of spirits. Tagaroa was considered to be the supreme deity in the Rotuman pantheon who lived in a distant land called Hanua Favi, meaning Land which hangs from the sky.

Owing to his supremacy in the spiritual realm Tagaroa, who was also referred to as Ait Mana, became associated with the all-powerful Christian God who is now known in Christian churches as ‘Aitu.

Legend has it that Rotuma’s first inhabitants originated from Samoa led by Raho, a chief, followed by the arrival of Tongan settlers. Additional settlers later arrived from Kiribati, although other data suggests there was contact with Tuvalu, Futuna and Uvea, and Fiji. The first known European sighting of Rotuma was in 1791 by Captain Edward and the crew of HMS Pandora while searching for the mutineers of the Bounty.

From then on, during the first half of the 19th century, contact from Europeans increased dramatically. Missionaries from the Wesleyan and Roman Catholic churches established themselves on Rotuma, followed by the Roman Catholic Marist missionaries who arrived in 1847, withdrew in 1853 only to return to Rotuma in 1868 when they established their mission in Fag’uta.