As longstanding CEO of the Anglican Trust for Women & Children – ATWC - in the South Auckland suburb of Otahuhu, JUDY MATAIA understands the challenges and heartache of fostering among families. For those challenges to further compound amid the Covid-19 lockdown is expected. Yet the response of her Pacific community reinforced her faith in their resilience and desire to help those most in need. 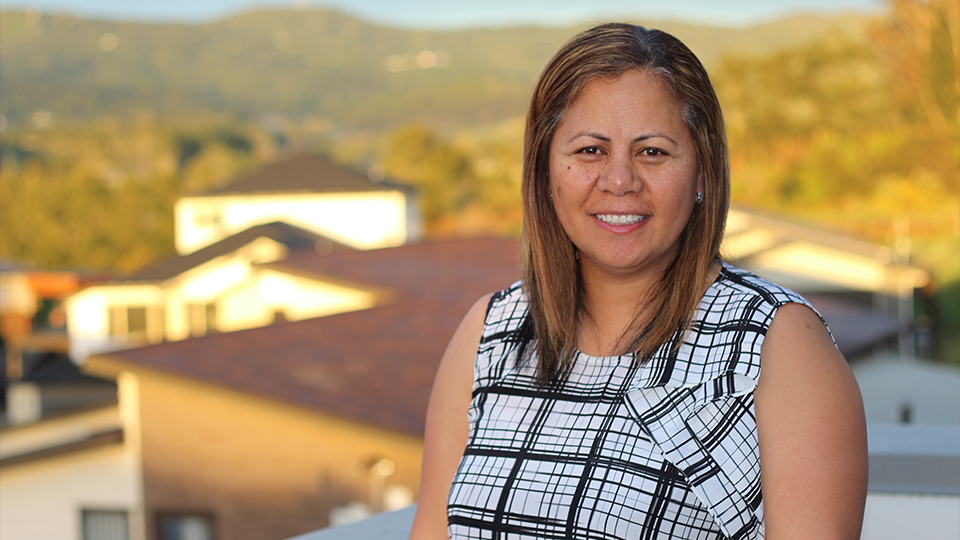 With a career in community leadership spanning more than a quarter of a century, Judy Mataia has seen a multitude of reports and statistics relating to the plight of Pacific people in Aotearoa.

As the Covid-19 epidemic rapidly gained momentum and erupted in March, she understandably feared the worst, with many Pacific people in New Zealand presenting as struggling at the bottom end of the economic scale.

“Workers have been laid off and with that families lose their source of income, but still have the ongoing responsibilities of paying for rent, along with many other expenses,” says Judy, who hails from the Samoan villages of Saleimoa and Fa’atoia.

“For a number of clients, the constant pressure has been too much. Fathers have walked out, leaving mum with two, three or four kids on her own.

“Houses have become more crowded as other family and relatives have nowhere else to go.”

But far from being despondent at what could lay ahead, Judy is proud at how those in her community reacted.

“Rather than hide because of their sense of pride, which has traditionally been common, many have put their hands up, saying that they need help. What has emerged is the willingness of so many to share and help others,” she says.

“From experience in this space, you get to know the information is out there. You may know someone who knows someone else that can actually help and effectively advocate for them.

“We’ve got a team of selfless volunteers who we put in front of people or give them phone numbers so they can make contact. We’ve learnt that if one door closes, go to another, then another, until that door opens.”

For Judy, seeing selfless volunteers developing at a personal level through learning from such engagement shows there’s a real persistence to ensure our Pasifika people don’t miss out.

Her experience has also reinforced the need to converse directly with children. Judy’s thankful for the support of Pasefika Proud that enabled them facilitate conversations across intermediate schools in Papatoetoe.

“Many of our kids know when their school friends are suffering, or they’ve got a secret they’re holding to. They feel the need to tell someone, but when they do, they think ‘now what?’

“Also, sometimes they say it’s a close friend, when it’s actually themselves.”

“Boys and girls tend to process information differently, which is why, with financial support from Pasefika Proud, we sought and were able to run classes for young Pacific women only.”

Mothers also learn how to deal with health problems, access community resources, sort out relationships and set new goals as well as gaining an understanding of the dynamics of domestic violence, child abuse and trauma. Their ability to cope was key during Covid-19 where Judy says the group ended up in a massive bubble of their own.

“The mothers were in their bubble with no visitors allowed and nowhere else to go. We have staff 24-hours a day. Like all of us, life had to continue. Being isolated meant the mums started to create their own environments for themselves,” says Judy.

“Mums were able to explain what Covid-19 means, even to a four to five year-old, so we focused our messaging around them being with their children in a much more personal way by making them more aware of their child’s perspective.”

Mothers also learn how to deal with health problems, access community resources, sort out relationships and set new goals, as well as gaining an understanding of the dynamics that lead to domestic violence, child abuse and trauma.

A significant realisation for Judy has been the number of Pacific and Maori volunteers during the lockdown, particularly at the Auckland City Mission.

The Mission was established 100 years ago by Anglican Reverend Jasper Calder. Under the Reverend’s leadership, it grew to now become one of Auckland’s most influential social service providers, as Judy herself discovered when she volunteered at the Mission.

“Because I’ve tended to stay in the South Auckland region where I’m based, I’ve always assumed that the volunteers at the City Mission are mostly the generous, elderly, white retirees you often see on television,” she says.

“But when I arrived to help out there, I realised the volunteers were almost entirely Pasifika and Maori. I hadn’t done frontline work for ages and it was deemed too risky health-wise for the usual elderly European volunteers to be at the City Mission, so to see so many of us step in made me feel proud and thankful.”

For the homeless at the City Mission, Judy says they don’t really care who you are, as long as you can help look after them, feed them, sometimes reset their mobile phones and, if they need help, to point them in the right direction.

“Some of them are isolated and elderly, others are rough sleepers, but there are also whole families living and sleeping in cars, which is a tragic and growing story in itself,” she says.

“I tell them there’s no shame to putting your hand up and asking for help.”

When supplies during the Covid-19 lockdown began to dwindle, help came about from the generosity of local businesses and the community.

“We received 15 pallets of Hellers sausages which we divided up around Counties Manukau and Auckland City Mission. We also sent a large number of packages that included winter woollies for kids, food packages for families with newborns, as well as a large number canned goods, non-perishable foods and dairy products to migrant refugees now living in New Zealand,” she says, adding that MSD’s community funds contributed towards their efforts.

But for her, the most satisfying development to emerge among providers was the willingness to share knowledge and resources with others.

“Everyone was prepared to share their resources, whether it be knowledge, helpful contacts … we received templates coming out of our departments for all of Africa,” she says with a laugh.

“It felt like the barriers had come down from everyone. They’ve gone out of their way to offer a helping hand, whether it be for the pandemic, health and safety plans for making sure we’ve got the right set-up for staff. Some send us helpful message saying, ‘use this or try that,’” she says.

“It’s important for all of us that we retain that willingness to share.”

When it comes to the recovery of this nation following Covid-19, Judy has no illusions in regards to the task ahead.

“There’s finding out about who’s working and who isn’t as there’s so many putting their foot forward to getting whatever job is possible,” she says.

“There’s also the push to get more Pasefika men into a trade, which the government is keenly focusing on. Our Pasifika people are hands on.

“Now is an important time to use what we have to play a significant part in rebuilding this nation.”

It is important we continue to keep our families and children safe in our homes. Some Pacific families may be feeling vulnerable. Remember that family violence support services are available. For emergencies please Dial 111.