White Sunday for many Pasifika churches has been a time to celebrate children and a time of togetherness and performance. For some children, however, it is a time of stress and pressure. Poloma Iosefa, also known as MOMEACHOKES, reminisces about his White Sundays of years gone-by, as he positively encourages his own children in their first of many Lotu Tamaiti (Children’s Sundays/White Sundays) to participate, while dismissing the acceptance and use of physical punishment by Pacific parents for a more nurturing approach. 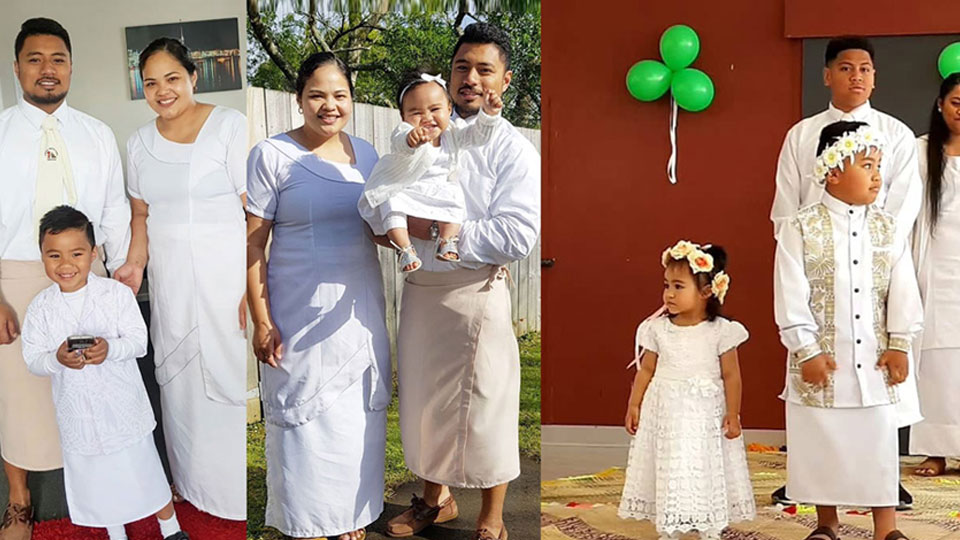 White Sunday was brought to New Zealand by the people of Samoa, where it is a national holiday falling on the second Sunday in October, followed by a public holiday on the Monday. According to Te Ara – The Encyclopedia of New Zealand, the day was originally set aside by the London Missionary Society to honour the children of Samoa.

The White Sunday meal is the biggest feast of the year for many Samoan families in New Zealand.

But there are differing opinions with regards to the origins of White Sunday. Some say it is a Christian adaptation of an indigenous pre-colonial-contact celebration of certain planting and harvesting seasons.

Others say the holiday coincides with a family celebration that became widespread in the 1920s in commemoration of Samoans who succumbed to the influenza epidemic of 1918. The epidemic, introduced through the ambivalence of the New Zealand colonial administration, took the lives of approximately a quarter of the Samoan population, many of them children.

For Poloma Iosefa, aka MOMEACHOKES, a well-known internet personality who makes funny content relatable to young Pasifika, White Sunday was an integral part of his upbringing.

“Growing up in a Methodist church, it was a huge part of my life,” he recalls.

“Every year, like clockwork, you’ll find us learning our lines, songs, dance-moves and practicing our skits. It was always scary trying to impress my parents on the day.”

While his own parents never gave him a death stare or physically punished him White Sunday has been known to yield stories of harsh punishments for mistakes and shyness on stage which often left participants with anxiety and mixed feelings about the celebrations.

“With White Sunday, I was always under pressure to give my best,” admits Poloma. “Sing louder, speak louder, dance and act better.”

“It didn’t help that I was made an example of by other parents for their children to look up to. I didn’t realise how much pressure it really was until I got older.”

Now a father of two, Poloma is adamant he will not push his son and daughter into being perfect on that White Sunday stage as he knows the emotional toll it can take.

He has already detected a wider shift, at least at his church, in terms of the seriousness with which the parents train their children for White Sunday, as he believes “it has slowly mellowed out.”

“Our parents and Sunday school teachers today don’t take it as seriously as they used to. As for my kids, I think it's important for them to participate as I found that it helped me so much with my talents today. It all started on the stage during White Sunday.”

Poloma adds it kept him connected to his culture and spirituality, helping him with his fa’a Samoa and learning about God from a young age.

He hopes it will continue to be a positive bonding experience for his young family, serving to connect them to the values that anchor them in their cultural identities while encouraging violence-free, respectful relationships.

“I will not push my kids into being perfect or put pressure on them at all,” he says.

“I’ll just appreciate them being a part of White Sunday and show my son and daughter the right way, explaining to them the meaning behind it and encourage them to enjoy it.”

Poloma’s sentiment is very much in line with the Pasefika Proud vision that every member of a Pacific family enjoys a fulfilling happy life characterised by peace, harmony, prosperity and wellbeing because it’s Our Families, Our People, Our Responsibility.