In 1968 Samoan-born Ali’imuamua Sandra Alofivae was only 14 months old when her parents decided to chase the dream in the so-called land of milk and honey in Aotearoa. But that dream turned to tragedy when her father was killed in a car crash so horrific it broke every bone in his body. Yet the strength of their family’s resilience resulted in Sandra going on to excel as a Barrister, overcoming overt racism, setting up one of the biggest child protection practices in her South Auckland law firm with two colleagues Ida Malosi and La-Verne King and becoming a strong advocate for vulnerable Pacific families. As one of four commissioners on the Abuse in Care Royal Commission of Inquiry, Sandra calls for the voices of the Pacific community to be heard 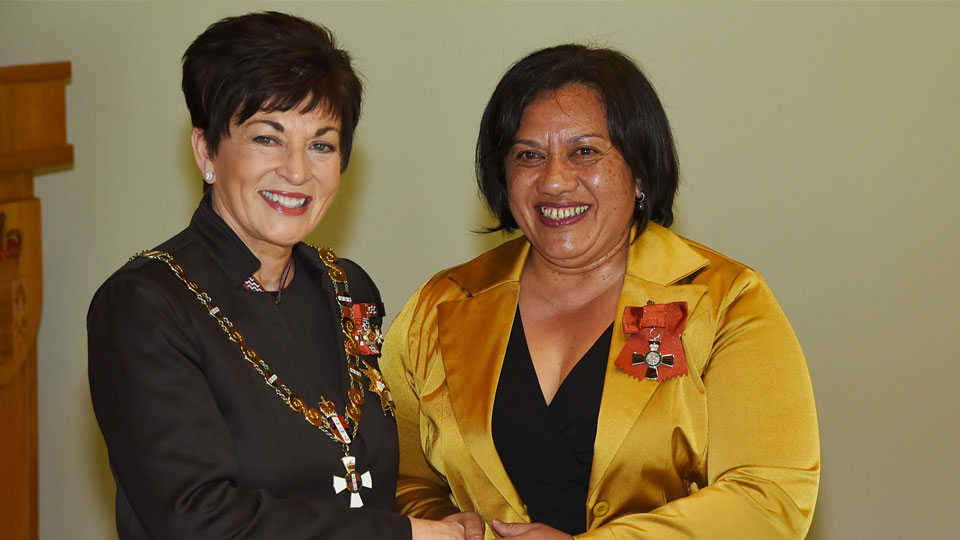 When Sandra Alofivae’s family returned to Samoa to bury her father on his family land in Matautu-uta in February 1969, it appeared their dreams of a new life and greater opportunities in New Zealand had been cruelly dashed.

After a couple of month’s contemplation, her mother decided she wanted to return from Samoa. More than half a century later, their family’s aspirations have more than been fulfilled due to the achievements of her and her fellow Alofivae aiga.

The Alofivae family were initially settled in the Hawke’s Bay region (Napier), until being drawn by the opportunities presented in the fast growing and increasingly cosmopolitan city of Auckland.

With a large Pacific population in South Auckland, her mother bought a home in Mangere, while her brothers bought in Otara and Manurewa.

“Mangere had a real mixed community with a lovely vibe about it,” she recalls.

“I loved school and recall my 5th form history class teacher being incredibly enthusiastic and passionate about the subject.

"I attribute part of my love for learning to her.”

Teachers would recommend to her ‘alternative mathematics’, typing and home economics instead of the main School Certificate subjects.

“I had it in mind to be a nurse, but I remember an incident at home where my grandfather had a hypoglycaemic attack due to his diabetes and he ended up in hospital.

"I saw all this blood everywhere. From there and then, I decided nursing was definitely not for me.”

Having finished secondary school at Epsom Girls Grammar, then graduating from the University of Auckland, Sandra admits she still was uncertain as to where she was heading.

“I know it sounds so basic, but when I prayed the word ‘law’ popped into my head,” recalls Sandra, a dedicated Presbyterian.

Since graduating in 1989, she has worked in a volunteer capacity at the Mangere PIPC (Presbyterian Church) and with the church’s national body since 1994.

“Whilst studying to get a law degree, in the holidays I’d work whatever manual jobs were available, usually in factories, cleaning, waitressing, even as a bank teller to help our family to pay the bills. It was tough on a single parent income."

A really crucial moment for them as a family came in early 1986, Sandra's sister was in her second year at medical school and the family were waiting for Sandra's results for entry into law school.

"We really needed another income stream and so my younger brother, who was in the sixth form at college, volunteered that if I made it into law school, he would leave school to help my mother.

"He is an amazing blessing, my younger brother, his personal sacrifice allowed my sister and I to pursue higher education.”

The environment for Pacific law graduates in the early 1990s wasn’t as welcoming for Sandra as it is today.

“I figured that at least with a law degree there would be some administrative role that I could fall back on, if I chose not to practice. I started work at age 22 and found it hard going initially trying to find a job.

"In those early days there didn’t seem to be an embracing of the culture or language in the legal profession that there is today. I reflect back to those times and recognise signs of discrimination against Pacific people were widespread.” 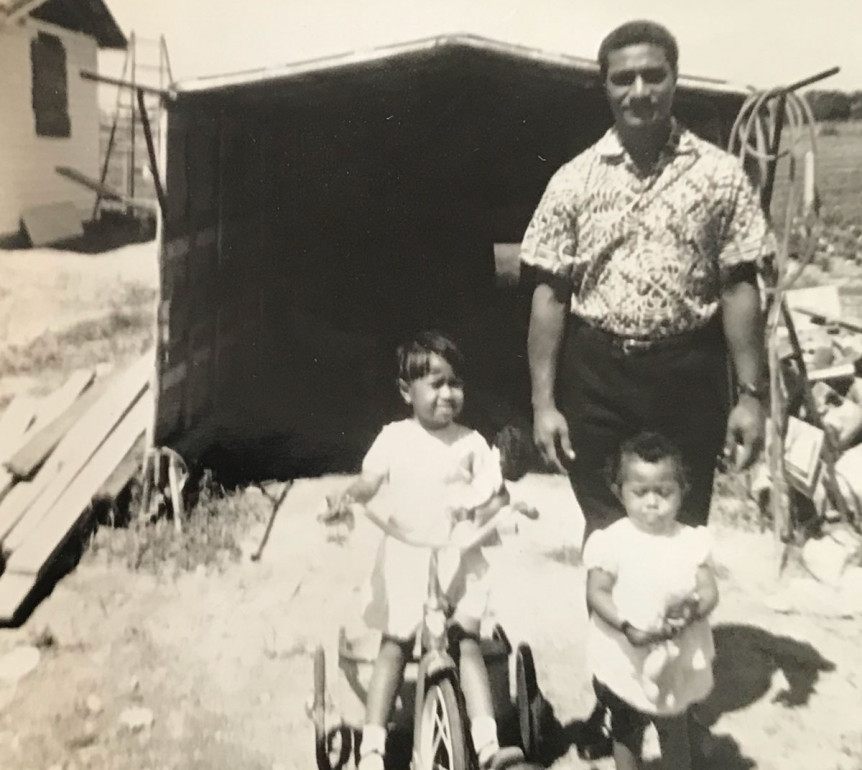 What kept Sandra going was her family’s unwavering belief.

“My grandfather raised me on the premise that you can have your cake and eat it, and that I could be whatever I wanted to be,” she says.

“I remember when I first heard calls for gender equality in the legal industry, I didn’t quite understand it at first because women, including myself, were highly valued within my own home and wider aiga.

"We had a great balance, thanks to my grandfather, who appreciated and provided space for the leadership qualities women in our family could offer.”

For Sandra, family and faith are key protective factors. 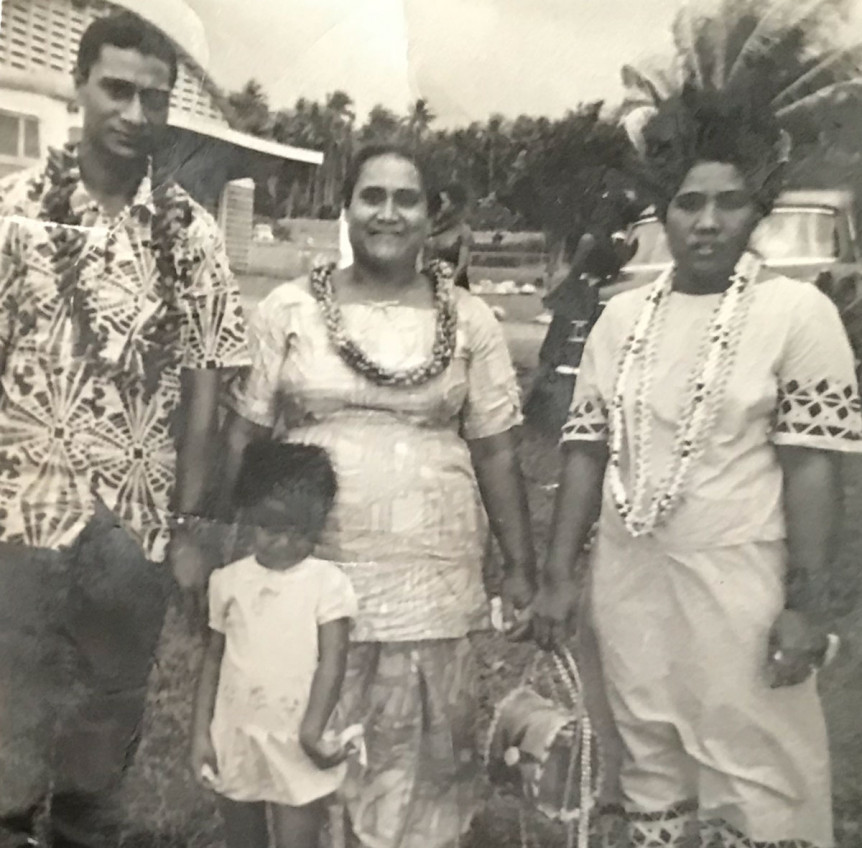 “When I hear the different discourse today regarding religiosity and spirituality, I struggle to connect to it at times because it has always been an honourable aspect in our family,” she recalls.

“I was raised in a Christian home. That value set embedded by my grandparents has shaped how I move and serve within my aiga and wider community.”

There was no shortage of role models and Sandra can recall when highlighting those beyond her close-knit family, citing the likes of Stan Thorburn, Johnny Moses, former Prime Minister and Mangere local MP, the late David Lange, among them.

“As a young lawyer, it was so exciting and inspiring to see the Mangere Law Centre being set up. They were giving back to an impoverished community who found it very difficult to access legal services. There was a great need in Mangere,” recalls Sandra.

“My mother served on the board for the Law Centre alongside Naomi Lange (wife of former Prime Minister David Lange) back in the day … the lawyers and volunteers were good, spirited, salt of the earth, hard-working people who understood what good advocacy looked like. I can recall Andrew often arguing technicalities in Court to influence change to bring justice where there was great injustice.”

The justice Sandra seeks in her role as one of four commissioners in the Royal Commission Inquiry’s Abuse in Care, is looking into what happened to children, young people and vulnerable adults in State and faith-based care in Aoteoroa New Zealand between the years 1950-99.

While pleased the inquiry now formerly includes the Pasefika community, Sandra knows it’s imperative for the community to ensure their voices are heard.

“The Terms of Reference that guides the Commission’s work specifically refers to Pacific people. It acknowledges that Pacific people have been disproportionately over-represented in care. The inquiry will recognise this together with the status of Pacific People within an increasingly diverse New Zealand,” she says.

“Our work will only be as good as our ability to engage with Pasefika communities to hear their voices, which history has shown has often been marginalised in this space. Given the sensitivities around this vulnerable group, it’s both an opportunity and challenge to do this well.”

Sandra believes Pacific people and communities are still coming to grips with their past.

“Anecdotally from my work, it seems Pacific people carry the concept of shame far heavier than Maori and palagi,” she says.

“What has emerged from the Abuse in Care Fono so far is the desire of survivors and collective witnesses to really be able to influence transformative change going forward.”

Ali’imuamua Sandra Alofivae is a successful lawyer, selfless community and church leader and tireless champion for Pacific youth. In 2016 she became a Member of the Order of Merit for services to youth and the Pacific community. In 2018 she was a recipient of the Sir Peter Blake Leader Award. She was formally a partner in the South Auckland legal firm King Alofivae Malosi, which includes Ida Malosi and Laverne King.

The Royal Commission encourages survivors or their family to contact the Inquiry to find out how they can confidentially share their experiences by calling 0800 222 727 or visiting abuseincare.org.nz.