As a partner at KPMG, one of the ‘big four’ global accounting firms, Jack Carroll knows his organisational and strategic skills were fully utilised with his secondment to lead the transformation programme to develop a new Vulnerable Children’s Entity aimed at supporting vulnerable children and families. 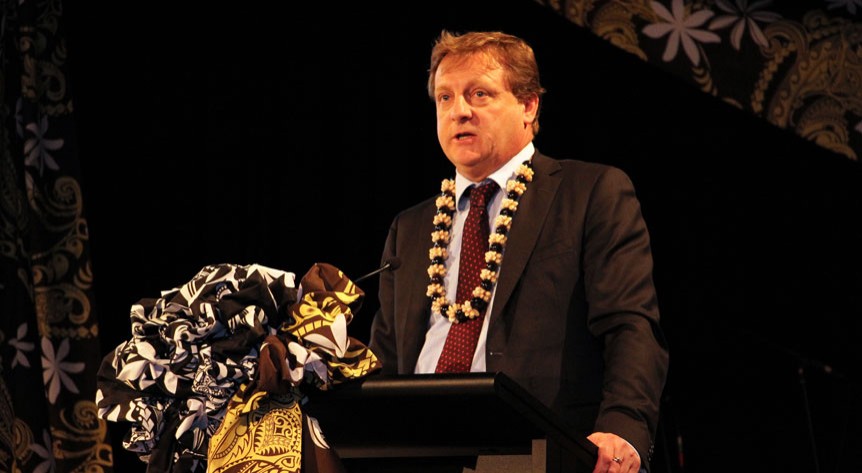 Born and raised in Ireland and now living in Wellington, Jack admits the project matters more to him at a personal level compared to his usual roles.

“I’ve got three young boys myself,” he says.

“When I leave this role, I want New Zealand to be in a better place for our children in the next generation to flourish.”

The evidence is that, for Pacific families, too many are not in a better place.

“Young people who have been in care told us the system often doesn’t provide them with the nurturing love they require,” he says.

“They crave the sense of belonging, being a part of a family that brings out the best in them. They don’t have a voice in important decisions made about their own future.”

Parents told the transformation programme panel that CYF (Child Youth & Family) is quick to judge and their interactions with the organisation left them in turmoil with sadness, anger and feeling conflicted.

Carers said they were not recognised for their expertise and not fully supported with the resources required to look after these kids. On reflection, they admitted they didn’t fully realise what they were signing up to.

“We need to invest and intervene at an early stage so we’re not escalating to a critical point,” he says.

“That may even be to the point of pre-birth for children if we know the existing environment is one that represents drug and alcohol abuse, domestic violence, and so on.”

Jack supports the bill which calls for the government to raise the age on children in care from 17 to 18. At present, once they reach 17 there is no longer support for young people.

“They are left to their own devices in terms of finding housing, education, work and finding their way through the benefit system. But with the changes to 18, there will be a transition support service to help them with that. From 18 -25 there is an option for them to opt in to extra support if needed.”

Care Connections, a new independent advocacy service, will provide a voice for youth in care and mechanisms for them to address the stigma of their care environment and develop their own advocacy and mentoring skills.

The ultimate outcome for Jack and the government?

“All children and young people are in loving families and communities where they can be safe, strong, connected and able to flourish.”