Life was a struggle for the Tauira family when they first arrived in Porirua from the Cook Islands. But their faith and some smart motherly advice turned things around. 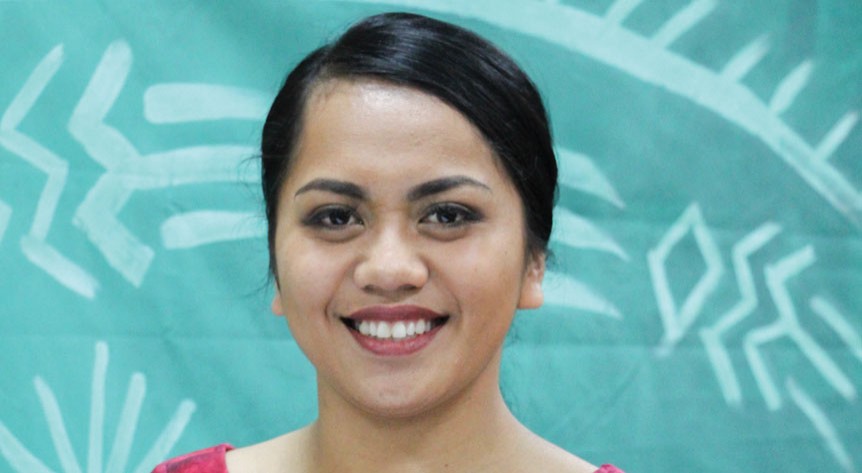 Youth leader Brienela Tauira finds it a hard to comprehend the challenges her father Terence faced arriving in Porirua from the Cook Islands almost a quarter of a century ago.

“He came here with a young family and the responsibility of setting up a church in Porirua,” says the Pacific youth leader, who traces her links to the islands of Pukapuka, Atiu and Mauke.

“Dad arrived when he was 21. Besides his family, he had so many people depending on him. I just can’t comprehend how he managed to cope.”

The family struggled to survive with the few resources they had, and Brienela admits that at times they were desperate. But cope he did, thanks to his faith and sheer determination to fulfil the duties bestowed upon him. Recalling a story of her father having to beg and borrow raises a tear.

“Dad tells the story of having to beg a local shop owner for nappies and a bottle of milk when my brother and I were little.

It wasn’t a stable environment in terms of income and I recall my Dad being hard and disciplined. It was only later that I came to understand the pressure he was under at the time,” Brienela recalls.

“He was working nightshifts to bring in money for the family while working hard with few resources to build up the church.”

Their plight turned for the better when Brienela’s mother Kitiona made a suggestion.

“Being the good wife my mother is, she noticed at church that my dad was so tired,” she recalls.

“Mum told him that his energy levels on the sermon didn’t match the passion he truly had for the church. So she offered to go into fulltime work and study on the side while my father could concentrate on the mission he was sent here for. That was when we, as a family, started to turn things around.”

As the Tauira family’s plight began to improve, so did Porirua’s.

Brienela recalls the amount of violence on the streets when she was a child.

“There was a local gang in Porirua. We went to the same school as a lot of the members’ kids. Although we got on ok, there were a lot of fights and plenty of trouble.”

Concentrated community intervention helped turn the situation around. Brienela is proud to be from Porirua and keen to contribute what she can to make her home-town violence-free.

Her experience doing a BA in Pacific Studies at Victoria University has also inspired her to work in the Pacific community after graduating.

“I’m fortunate to have Dr Teresia Teaiwa (Director of Pacific Studies) who has opened my eyes and deepened my passion for the Pacific, especially for social work,” she says.

“I know how lucky I am being brought up with two loving parents. My Dad grew up fatherless, his mother could barely manage and his stepfather was incredibly abusive to my Nana, my Dad and his younger brother and sister,” she says.

“But when I see him now, I’m so proud. And that’s why I want to serve the community the best I can, just as he does now.”