When Fa’amatuainu Tino Pereira, a Pacific leader and consultant on public sector issues, left a successful and lengthy broadcasting career with Radio New Zealand in the late 1990s, he thought his days in the media spotlight had passed. 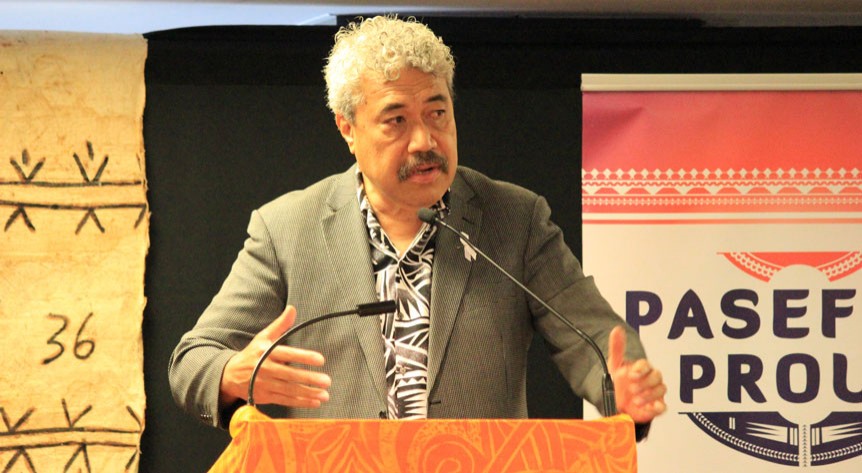 Mainstream media embraced having an articulate and media savvy spokesperson representing the Pacific community. But interviewer-turned-interviewee soon found the tables turned against him.

“I had been asked to speak as a Pacific person, specifically for the Samoan community, at a gathering about domestic violence organised by the Ministry of Justice,” Fa’amatuainu recalls.

“When some people said that smacking and using physical force on our families was part of our culture, or fa’a Samoa, I remonstrated that such abuse was inexcusable and there was nothing cultural about it.”

Fa’amatuainu faced the wrath of sections of his community. Being on the receiving end of negative nationwide coverage relating to the Pacific community left him distressed and confused. It also raised painful memories of his own upbringing where violence featured.

Salvation then came from the growing New Zealand-born and educated Pacific population, who supported his decision to speak out.

He says the support provided by “the early, courageous NGO Pacific providers and enlightened church ministers” gave him the strength to devote energy towards influencing government structures and policy frameworks for programmes aimed at addressing family violence.

His perspective on violence is one borne from growing up in his village in Samoa.

While he witnessed a giving and holistic nature of village life, noticing parents that brought practices and traditions with them to New Zealand when they ventured out in search of a better life for their children, there was also another side.

As the eldest of eight, Fa’amatuainu was ‘pre-ordained’ to carry the weight of family responsibility.

“As a child, that responsibility came early and with it a heavy dose of what is known in my community as discipline.

“I was whacked as a child and beaten as a teenager. There were days spent nursing broken bones, and fear became the basis of my parental relationship.”

His siblings fared no better and his mother was helpless to intervene or even to lessen the burden as she, too, was a victim.

Part of a practice stemmed from parental arrogance and belief that it was in the long-term interest of the children to be beaten, to make them tough in future life.
Fa’amatuainu insists, however, that it’s not about culture.

“It’s an abusive practice, unacceptable behaviour and an exercise of power over the less powerful. In Aotearoa today too many of our children and women are suffering.”

Fa’amatuainu knows family violence statistics show there is still much work to be done.

But he is as optimistic as ever.

“Our political representation is growing. Our church communities are increasingly asset-owning entities,” he says.

“We are top of the tops from music, sport, artistic performances and general entertainment. Our academic class is growing and we have a number of very wealthy people, although none will reveal themselves…for obvious reasons.”

Fa’amatuainu challenges everyone to band together to deliver the forces of change in order to eliminate violence from homes.

“Let’s set aside differences and work together, to do what’s best for our communities and for our children.”