Caring for New Zealand’s most vulnerable children is a big responsibility but one that Gráinne Moss is taking on with the utmost humility and open-mindedness. As the Chief Executive of the new Ministry for Vulnerable Children Oranga Tamariki, Gráinne is fully aware of the significant responsibility it carries. 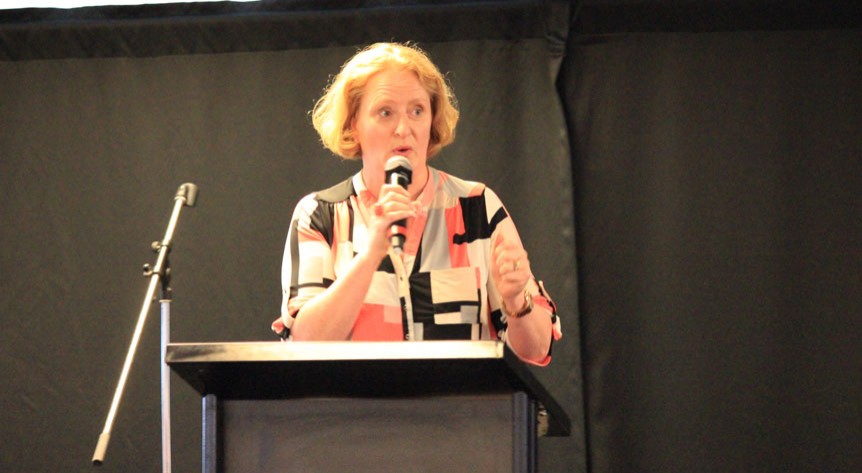 As an accomplished executive and long-distance swimmer who has crossed both the English Channel and our own Cook Strait, possessing the stamina for such a demanding role shouldn’t be an issue.

But despite her mother’s advice not to, Gráinne accepted the job to head the new ministry, as she’s determined to change New Zealand’s poor record of child abuse.

“It is about the voice of the young person being central ... in the past it has sometimes got a little bit lost,” she says.

Gráinne outlines three key areas “which we need to make work in the future in order to lead an organisation that delivers better services to our children”.

Starting with the new Ministry’s 3100 staff she insistes that there’s a need to mould the teams into a great organisation with great services that can be accessed by the right people at the right time, who need the services the most.

The second is to foster conversations between government departments as well as between the communities and government to sort out the overlaps within the system, which can create confusion as well as barriers to services.

“We have to help the system work better for our kids to get better access.”

The third area, which Gráinne says is important and most pressing, is “making sure that we remain a society that cares for our children and ensures they get the best opportunity to be the best people that they can be”.

“We know Pacific children and young people make up 11% of all of the care and protection reports of concern and 13% involve youth justice,” Gráinne says.

“It’s important I ensure, that in leading the new Ministry, we are responsive to the needs of Pacific children and young people and ensure that services are there for Pacific children so, hopefully in 10, 15 or 50 years’ time, I can look back and say there’s only 5%, or less.”

Gráinne says there’s a “wealth of experience and expertise in Pacific organisations that can be hugely beneficial” to all of us.

“It is important for the voices of different communities to be heard, because culture can be a great strength rather than a great barrier, not only to building services, but in delivering them.”

She says the overhaul of Child, Youth and Family is more than just a name change, and is reassured by the commitment from Parliament and from the public to improving children’s safety and wellbeing in New Zealand.

“I am absolutely prepared to lead an organisation where we empower our social workers to do the best work that they can do for the benefit of children.

“A lot of these issues are complex and those social workers do have to make very tough calls, and I’m there to support them when the tough calls are the right calls for the kids.”