Ofa Boyle, a long-time advocate for supporting families to become free of family violence, was recognised for her work at the inaugural Pasefika Proud Awards in 2013. She set up Fale Pasifika O Aoraki in 2008 with two other Pacific women, providing social support to the growing number of Pacific people in South Canterbury. 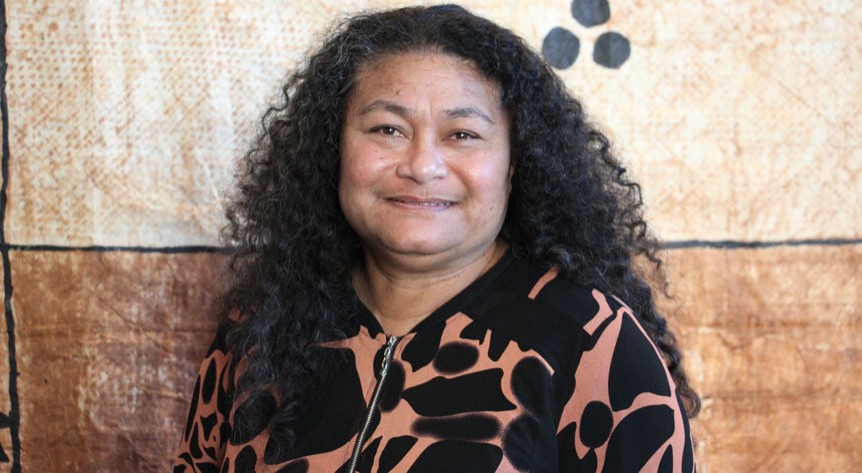 Born in Tonga in a place called Lapaha the Mu’a district, known as the ‘old capital’ of Tonga, it took Ofa two years to adapt to life in the South Island when she moved here.

However, it was her experience as a newcomer adjusting that has helped her support others like her, who’ve made the move to the South Island.

At the time of setting up Fale Pasifika O Aoraki, there was no social service provider specifically for Pacific people in the region, so cultural and language barriers meant the community wasn’t getting the support they needed.

Ofa adds that it is easier for Pacific people to talk to people who are from a similar cultural background, saying that being there to support them in their new environment has been a huge help.

From family campaigns, like their 2014 partnership with the ‘It’s not OK’ campaign, to youth anti-bullying campaigns and other projects which encourage the well-being of Pacific people in their new environment, Ofa works across the board making sure services run smoothly.

It explains why she was recognised for her work in the sector by Pasefika Proud, an award of which Ofa is extremely humbled by to this day.

But, she continues to feel that despite the amount of work done, or the awards she may receive, there’s still more to do.

“It was an unexpected one, I was very humbled by it…but I felt there was more work to do out there, especially when there were not enough people to be passionate about working with family violence in our catchment area (Oamaru, Ashburton and Timaru).”

Winning the award gave her the courage to keep going, and fuelled her passion to work harder for the families in her region.

Ofa has continued to voice issues that she feels need to be addressed in order to help her region better look after families in crisis.

She talks about how specific training to deal with families in crisis would benefit families in her region.

Ofa wants to continue working to make sure that this way of thinking spreads through all levels of every organisation, so that what comes first is our families.

Ofa says first the change has to come from our communities, spreading out to individual families with the help of providers likes Fale Pasifika o Aoraki.

“I’m passionate about making a change with our Pacific people.

“We need to live together in peace and harmony in our homes, community, cities and in New Zealand, and it will reflect wherever we go.”