When Malagaoma Allan Va’a began mentoring South Auckland Pacific youth in the mid-1980s the young men that he worked with saw him as a big brother. He laughs at how he’s seen by them now. 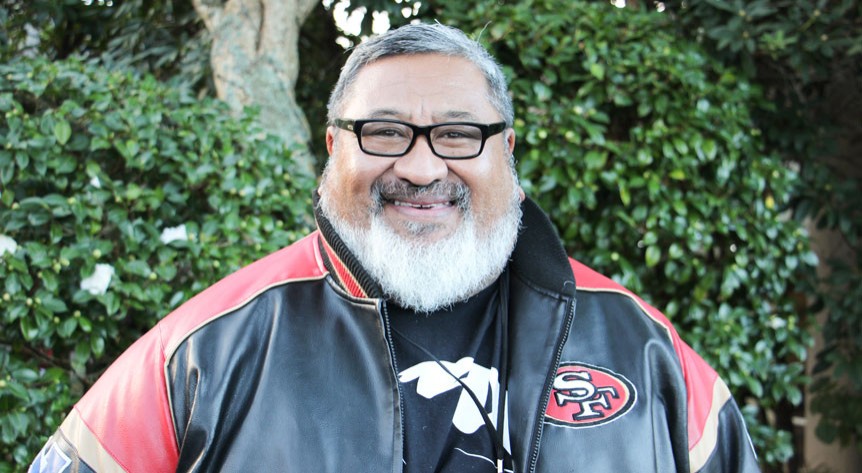 “I went from being a big brother to an uncle or father-type figure, and now I’m a grandpa,” he laughs.

The faces have changed, but not the rebellious traits of the youths he mentors. Allan works with young fathers – some barely into their teens - as part of Iosis Family Solutions, a non-profit faith-based organisation in Manurewa. He aims to instil key principles, such as teaching them respect and honouring their word.

“It’s amazing how many of our young fathers are so blasé about it. If they’re invited to attend an event, they’ll say yes, but won’t turn up. There’s no sense of guilt, either,” he says.

“It’s connected to the way they see themselves. It’s like, ‘No one sees me as being important, so why bother?’ I try and make them see that their word is their bond. It underpins their reputation. A man of their word is worth so much in our community.”

Through his work Allan has confronted the reality of the challenges and dangers faced by youth within their own family environment. For all the talk about the sacrifices made by Pacific families, Allan has seen too many children on the receiving end of family violence.

“The sad reality is that some kids we’ve dealt with have been preyed upon by their own parents.”

Despite the trauma, Allan says his young men still crave for a loving family environment.

His role is teaching them to be the best father they can be.

“The Dads might not be perfect, and have had many negative experiences, but they love their children. They want to protect them from what many of them had to endure.”

Allan says that the “rhetoric about troubled youth has changed” due to the impact of social media.

“The access to material on social media can drive our young kids crazy,” he says.
And so young Pacific leaders are important to shaping the way youth will develop.
However there’s a need to nurture these leaders, and give them what they need in order to thrive.

“There are some great young Pacific leaders coming through,” he says. “But among our community leaders there’s too much gate-keeping and trying to protect what they’ve got, instead of sharing the knowledge.”

Allan understands funding is always a key issue, and when asked whether he would continue to do the same work without funding his passionate response is “Damn straight I would.”

He recalls getting a call in the early morning hours from the sister of a well-known street fighter who had badly cut his arm and needed to go to hospital. He wouldn’t go. Allan contacted him and his voice was all the affirmation required to seek help.

That was a turning point for a young man, who now captains his local premier rugby league team.

“I’ve had grown men come through our doors who I had worked with when they were young boys. They say they just wanted to thank me personally for turning their lives around,” he says.

“Things like that give me a level of satisfaction that no amount of money can buy. Sure, a lot of the time the job is thankless. But we don’t do it for thanks. We do it for change.”