Pacific Service Coordinator at Stopping Violence Services Christchurch, Tapu Tuisuga, realised a long time ago that people needed more than a bible verse and a prayer to combat family violence. 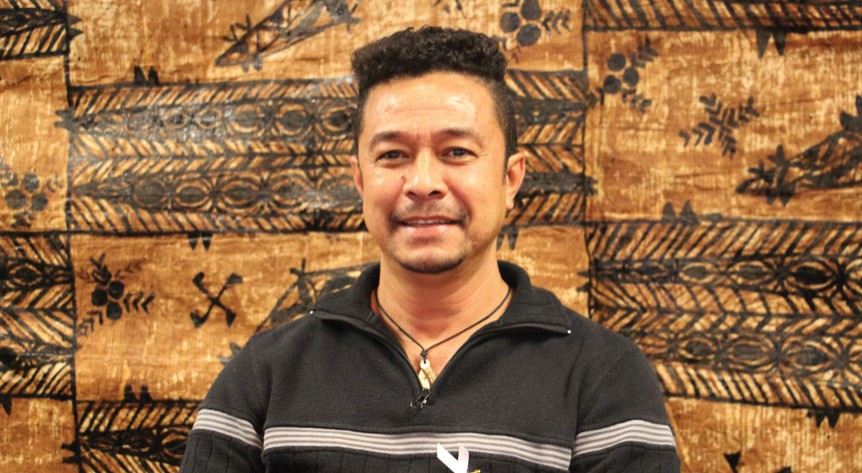 When Tapu Tuisuga oversaw bible studies for prisoners in American Samoa, it dawned upon him that the inmates needed practical ways to deal with issues.

“I came to realise that some of these guys needed more than just a bible verse and a prayer to get them through,” says the 45-year-old Samoan-born and raised counsellor.

Tapu also trained as a pastor in Fiji and met his wife there while she was doing missionary work with her parents.

The two made their way to American Samoa to help with a new church where Tapu realised where his true calling was.

His experiences are applicable to the many families that he has worked with over the years as a trained counsellor, including his role as Pacific Service Coordinator at Stopping Violence Services Christchurch, where he now works.

“I provide therapeutic counselling and educational programmes for perpetrators of family violence, but I also work with the whole family.”

Tapu makes home visits to families, talking with victims and working with children.
His particular service is new, as are his methods for most of the communities and families he works with.

“In the past we have often worked with the perpetrators, but not with the victims,” he says.

“So, as I am working with all of them, I raise the awareness of what it’s been like for these victims living through that experience. It all happens in a safe environment that is completely in their control.”

Tapu says being able to talk about their experience is vital, because in too many Pacific households it’s seen as normal cultural behaviour.

“Because up until I raised it, they thought it was all fine … that beating their kids or slapping around their partners and wives was just normal cultural stuff,” he says.

“But for the perpetrators to hear from the victims that it isn’t fine, and for the victims to let it out in a safe environment, is a real eye-opener for some.”

Tapu says he has battled non-engagement from families for most of his career for a number of reasons. These include the shame of admitting to domestic violence in their homes and not being proactive in seeking help until it’s too late.

For Tapu it’s important that solutions reach the people that most need them.

“How do we translate what we’re talking about at this level to the families we’re working with?

“Because often we come up with ideas on how to do that, but I feel that the families still do what they normally do.”

Pacific communities coming together to combat issues of family violence appeals to Tapu because it’s what he tries to do with the families he works with.
“It’s a really great concept, having Pacific people come together; we’ve never had that in the past, but I’ve learnt from sharing our experiences,” he says.

“Our communities are growing, so it’s really good to come together and to network.”
Tapu thinks it’s great to get Church leaders on board as “that’s where the majority of our people are”.

Tapu knows this not just from his experience as a trained pastor, but also because he’s visited one of the churches in Christchurch to do just that.

“It was really good when the pastor was on board because a lot of the feedback was that this was the first time they’d actually sat down and talked about this,” he recalls.

“My visit made them realise that it’s okay to talk about these issues and to challenge some of these cultural beliefs, not to knock them down, while respecting them and learning other methods of parenting,” he says.

“It would be really good if we could hold more workshops in churches so that our people could be more informed.”