Dr Julia Ioane, a Samoan clinical psychologist and lecturer in psychology, says all Pasifika youth involved in the justice system have, in some way, been exposed to or experienced family violence. South Auckland born and raised, Julia hopes her new research will help inform policy and practice to help our young people and their families going through the youth justice system. The aim is to build on resilience factors they already have to end the cycle of violence. 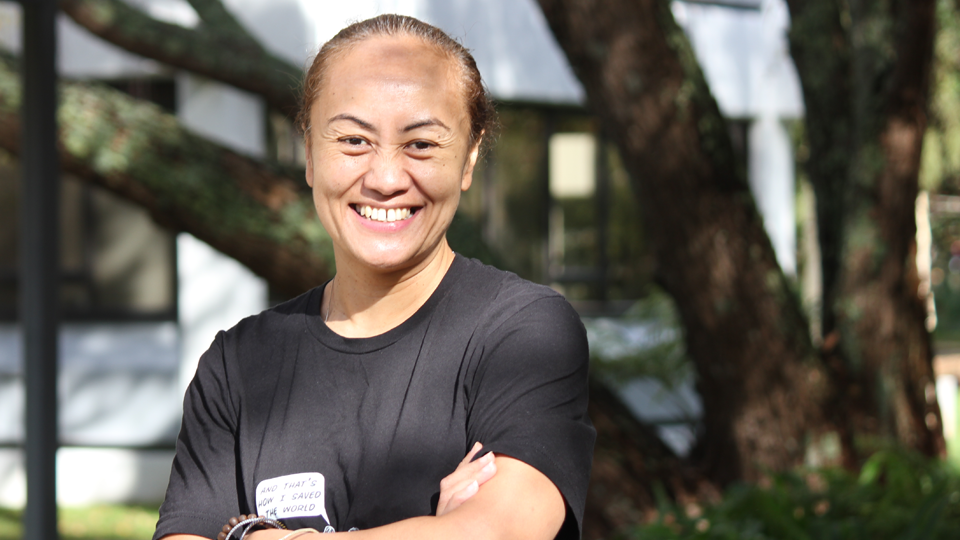 “Family violence is a huge feature with our Pacific youth who offend,” says Dr Ioane, whose parents hail from the villages of Fasito’outa and Leauva’a in Samoa.

“It’s definitely a contributing factor to the offending behaviour for a lot of our children and young people.”

Dr Ioane has worked as a clinical psychologist for almost a decade. Her clinical practice is with children and youth involved in care and protection and youth justice and specialises in child and youth mental health, childhood trauma, youth forensic and violence from a Pacific perspective.

She says the road to offending features family violence. Its effects impact on their biological, psychological, social and emotional development when they’re young.

“When they get into adolescence - which is typically the time where they are expected to start taking risks, push boundaries and are looking for identity and belonging - we start to see the cracks appear,” she says.

“That’s when they start to come into the youth justice system. Unfortunately, it’s not for minor crimes.”

For Dr Ioane, early intervention is the key to reducing risk factors. The emphasis is on education for both parents and children/youths, on how to build genuine relationships within their families.

“If you think of all of us as Pacific, many are exposed to the risk factors of offending behaviour - poverty, coming from low socioeconomic areas, family violence,” she says.

“But there’s a large number of us that have gone through all of those processes, but didn’t go down the offending pathway.”

She wants to understand what the protective factors are, identifying them earlier for young offenders, to prevent them from going into the youth justice system.

“It’s about education around what our children and young people are experiencing, to help us understand.”

It’s important that parents ask for help, too.

“When stuff goes down in the family, we keep it between ourselves,” she says.

“That’s just how we’ve dealt with things. But back in the islands, we still have a village concept, where everyone raises that child. In New Zealand, it’s all independent.

“There’s no reason why we can’t be interdependent upon each other, but parents need to know how to ask for help, because if they do, the child sees it as well, and knows that it’s okay to ask for help.”

Julia’s passion for the area of youth justice developed from her questioning why it was that some of her friends, whose families were more or less like hers, went into the prison system, while others didn’t.

Delving deeper into the youth justice system began by accident while working at the Ministry of Education. A psychologist report that made its way to her encouraged Julia further in her role.

“I saw the subject’s surname was Samoan and I had a look at it,” she recalls.

“It was very psychological, yet the family were new migrants here from the islands.

“I spoke to the psychologist and asked if they knew whether this family was going to understand what they’ve been asked to do, as a lot of the interventions needed to be done by them.

“When she responded that they didn’t have enough Pacific psychologists to do this work, it stuck with me.”

She returned to the University of Auckland to undertake postgraduate study in Psychology and completed her doctorate. She then worked in various organisations and services such as Safe Network, a community programme for people who have engaged in harmful sexual offending behaviour.

She also joined the Regional Youth Forensic Service, who do a large number of psychological / psychiatric youth court reports, as well as mental health assessments in the youth justice and secure care and protection facilities.

Eventually Dr Ioane decided to begin lecturing at AUT to carry on research to inform the practice of psychology from a Pacific perspective and to promote psychology to Pacific students. Dr Ioane says that there is a huge need to recruit more Pacific students in psychology as there are not enough Pacific psychologists to meet the demand of Pacific communities.

She says there needs to be more Pasifika research to inform the practice in psychology, “because all of our psychology models are from a western world point of view. That’s how our interventions get developed, but that’s not our worldview for Pacific”.

“Hopefully, more Pacific research will give us information as to what works and what doesn’t with our Pacific youth in the justice system, not only the young person, but their parents, so we can get a fuller picture.”

Dr Ioane says youth offenders often say family plays a significant part in their lives, but the nature and quality of the relationship is disconnected and fragmented.

“I always say when we migrated here, or continue to migrate here, we come here for a better living for our families, children and so forth. But what gets inadvertently overlooked is that the principles of fa’asamoa as an example, cannot be applied in the same way because our cultures evolve when we come here,” she says.

“New Zealand is all about free thinking, critical thinking and talking about things. Whereas for us in Samoa, you follow your elders and those in authority … there are boundaries.”

“There’s a beauty in both of those worlds (fa’asamoa and western worldview), but how do you bring that together so that the young person isn’t left in a state of conflict?”

She has found that children and parents rarely want to breach the va (space) or the relational space that we have between each other, to talk when help is needed.

“From anecdotal experiences that I’ve had, our young people say they’re really close to their parents and families. But when you explore that a bit further, it’s not that close at all, it’s quite separated,” she says.

“Parents will also have a view that they’re close, but when you dig into the quality of the closeness, it’s more on the surface level.”

Dr Ioane hopes to unpack much of this in her recently commissioned research looking at mental health and wellbeing of high risk youth and youth offenders - interacting with both Pacific youth offenders as well as their families.

“Our Pacific families have those principles of fa’aaloalo (respect) and alofa (love), which are great principles to have, but how do we now apply it in a culture that’s evolving for us as Pacific?”

The answer, she concludes, is by implementing policy and practice that has been proven to work for our Pacific people. This has to be informed by research that is led by or includes Pacific researchers working for and with our Pacific communities.